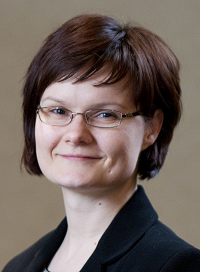 Dr. Graif’s published work focuses on the consequences of urban poverty and population diversity on crime and child health in connection to the spatial distribution of social capital. It highlights the relationship between neighborhood violence, immigration, and diversity in multi-ethnic and multi-racial urban US contexts. In her current research projects, Dr. Graif integrates sociological and criminological perspectives to investigate neighborhood effects and inequalities in spatial exposures and mobility and how they shape opportunities and affect crime, distress, and risky and delinquent behavior among urban children and youth.

Dr. Graif teaches graduate and undergraduate level courses on Communities and Crime. She co-organized a Conference on Mass Incarceration and Health, at the University of Michigan, Ann Arbor and served as a grant reviewer for the National Science Foundation. Dr. Graif chaired the 2013 American Society of Criminology Annual Meeting’s Sessions on "Communities and Violence" and on "Prisons, Jails, and Mental Health". She is member of the American Society of Criminology's Program Committee, serving as Sub-Area Chair for the sessions on "Neighborhood Effects", part of the 2016 Annual Meeting in New Orleans, Louisiana. She co-organizes the PRI's Changing American Neighborhoods and Communities (CANAC) Working Group starting in the Fall of 2015.

Dr. Graif studies communities and crime, with a focus on mobility and neighborhood effects on children and youth and on the spatial and network stratification of violence, health risk, and opportunity. Throughout her work, she integrates macro and micro level approaches to theory, applies experimental and counterfactual techniques to understand causal links, and combines spatial (GIS) and network analyses with computational big data analytics.

Dr. Graif's current projects focus on two major themes. First, she studies the mechanisms underlying neighborhood effects on children and youth’s exposures and involvement in risky behavior and violence, focusing among others on the role of immigration, legal status, non-cognitive skills, and institutional network infrastructure. Second, she studies how individuals, opportunities, and criminogenic risks move across geographic space and transportation network channels to impact neighborhood social capital and affect inequalities in exposures to poverty, health problems, and violence. Dr. Graif is also working on combining natural experiments (e.g., Hurricane Katrina and the Great Recession) with big data science to inform these topics. These projects include work with Census data and ACS, Longitudinal Employer-Household Dynamics, LAFANS, the Moving to Opportunity (MTO) Experiment, and Vital records. Her research has been supported by funding from the U.S. Department of Housing and Urban Development, Robert Wood Johnson Foundation, National Science Foundation, and the National Institute of Health.

- Winner of the Robert J. Bursik Junior Scholar Award from the American Society of Criminology, Division on Communities and Place.

-Highlighted in the PSU PRI news, *in a Bloomberg news article by Mark Whitehouse, *and in a New Yorker article by Malcolm Gladwell

-Highlighted in the Massachusetts Institute of Technology (MIT) News

Graif, Corina. 2015 " Delinquency and Gender Moderation in the Moving to Opportunity Intervention: The Role of Extended Neighborhoods."  Criminology. 53(3): 366–398.

- Received the Roy Buck Award for the best article published by a refereed scholarly journal in the social sciences within the last year, College of the Liberal Arts, Penn State

-Highlighted in a Next City article by Rebecca Tuhus-Dubrow

-Featured in Contexts Discoveries: New and Noteworthy Social Research in  May 19, 2010, article “Safety in the Melting Pot” by Sarah Shannon.

-Reviewed by Chris Walker in the Journal of the Institute for Comprehensive Community Development, December 2010.

Roy Buck Award for the best article in the social sciences within the last year, Penn State's College of the Liberal Arts (2016)

Excellence in Teaching Award, the National Society of Leadership and Success, the Pennsylvania State University Chapter (2016)

Project for Justice, Welfare, and Economics, Research Fellowship at the Weatherhead Center for International Affairs (2008-2009).

Hauser Center for Nonprofit Organizations, Research Grant for "The Role of Nonprofits in the Lives of  Urban Dwellers: A Qualitative Exploration" (Co-PI with Van Tran),  J. F. Kennedy School of Government, Harvard University (2008).

communities and crime, with a focus on mobility and neighborhood effects on children and youth and on the spatial stratification of violence, risk, and opportunity