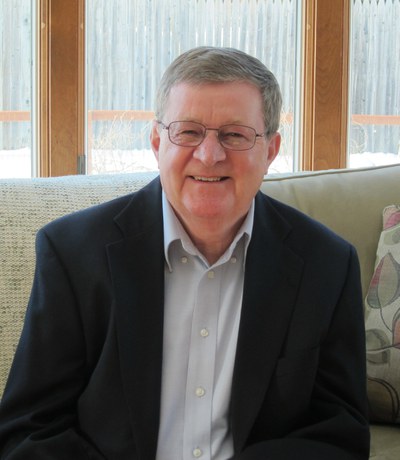 Ph.D. Sociology, The University of Iowa

Darrell Steffensmeier received his Ph.D in sociology from University of Iowa in 1972. The underlying theme of his research is understanding how stratification (gender, age, race, class, spatial) and culture impact level of crime and social control efforts.  He has published widely across multiple areas of criminology and criminal justice, with many of his publications applying qualitative as well as quantitative methods.  He is a fellow of American Society of Criminology and past President of IASOC (International Association for Study of Organized Crime).  In the graduate program, he teaches seminars on Criminological Theory; Gender, Crime, and Punishment; Race-ethnicity, Crime, and Punishment; and Types of Crime and Criminal Organization.

Two of his books won major awards for outstanding scholarship: The Fence: In the Shadow of Two Worlds (from the Society for the Study of Social Problems); and Confessions of a Dying Thief: Understanding Criminal Careers and Illegal Enterprise (from the American Society of Criminology). He recently received a major three-year grant from the National Institute of Justice to study the causes of serious forms of white-collar corporate financial crime.  His latest book project – Are Women Changing the World of Crime – reflects his longstanding interest in trends and patterns of female criminal offending.

Major interests are – First, in theory construction, including development of theories of gender/crime relationship, age/crime relationship, and criminal justice decision making; and a fuller explanation of crime opportunity and its variability by place and population subgroup (e.g. gender or age). Second, in establishing patterns and predictors of crime.  Third, in criminal careers and life-course criminality (e.g. pathways, desistance).

Current research projects include: patterns and correlates of white collar & corporate crime; international assessment of the relation between age and crime; variation in organization of crime by type of crime or illegal market; effects of gender, race, ethnicity, and age on criminal sentencing;  and impact of place (neighborhood, community, country) on patterns and levels of crime.

Gender and Crime: Toward a Gendered Paradigm of Female Offending. 1996.  Annual Review of Sociology 22:459-87. (with Emilie Allan)

Is There No Place for Culture in a Sociology of Legal and Illegal Enterprise? 2006.  American Sociological Review 71:162-166. (with Jeffery Ulmer)

Does Gender Modify the Effects of Race-Ethnicity on Criminal Sentencing? Sentences for Male and Female White, Black, and Hispanic Defendants. 2006.  Journal of Quantitative Criminology 22:241-261. (with Stephen Demuth)

The Interaction of Race, Gender, and Age in Criminal Sentencing: The Punishment Cost of Being Young, Black, and Male. 1998. Criminology 36(4):763-798. (with Jeffery Ulmer, John Kramer)

Men and Women Decisionmakers: Does the Judge's Gender Affect the Sentencing of Criminal Defendants.1999. Social Forces 77:1163-1196. (with Chris Hebert)

Youth, underemployment, and property crime: effects of the quantity and the quality of job opportunities on juvenile and young adult arrest rates.1989. American Sociological Review 54:107-123. (with Emilie Allan)

Causes of white-collar crime revisited: assessment of the Hirschi and Gottfredson assertions.1989. Criminology 27:345-358.

An organizational perspective on sex-segregation in the underworld: building a sociological theory of sex differences in crime.1983. Social Forces 61:1010-1032.

Deviance and respectability: an observational study of reactions to shoplifting.1973. Social Forces 51:417-426. (with Robert Terry)